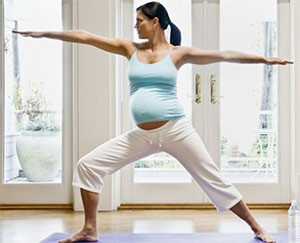 Charletta Harris, 17, a junior from Oakland, Calif., was once a typical teen eater, munching fast food on the run. Today she’s a vegetarian who enjoys sitting down with her older sister, Geralina, to eat a home-cooked meal.

Charletta engages in mindful eating, a practice of savoring food and appreciating its nourishing effects. The technique is based on Zen meditation, which calls for the clearing of one’s mind through focus on an activity. She writes about the activity on her blog, Infektia.net. The opposite of mindful eating is distracted eating, an all-too-familiar dietary practice.

Eating meals in front of the TV has become an American tradition. Forty percent of young people say they always or often watch television during dinner, according to a 1999 study from the National Institute on Media and the Family. And when TV isn’t a distraction, the computer is. Twenty-five percent of young people eat or drink while using the Internet, reports a 2003 study from Knowledge Networks/Statistical Research.

Unfortunately, tuning in can cause teens to tune out to the food on their plates. Distracted by the action on-screen, they end up eating on autopilot. Dane Hammer, 15, of Minot, N.D., says he’s “eaten a whole box of Frosted Flakes without realizing it.”

Distracted eating can lead to overeating, which in turn leads to bloating and indigestion. Pigging out can also set up young people for a lifestyle of poor nutrition. “Teens who practice mindless eating at night don’t wake up hungry in the morning,” explains Heidi Schumacher, a dietitian at Children’s Hospital in New Orleans and a coauthor of the book Trim Kids. “They skip breakfast, which means they’re less likely to make healthy food choices later in the day.” Obesity is another consequence, one that puts people at risk for developing high blood pressure and diabetes.

Under normal circumstances, the gut sends signals to the brain that food is needed, explains Stephanie Vangsness, a nutritionist at the Dana-Farber Cancer Institute in Boston. After a person has begun eating, the gut tells the brain when fullness is near. If the brain is distracted by a TV show or an instant message, it can miss the gut’s signal to limit food intake and can keep sending hunger signals.

By contrast, mindful eating emphasizes concentration on the taste of food and the acts of chewing and swallowing. Practice it, and you’ll enhance digestion and improve how your body absorbs nutrients, says Lori Camille, an Oakland-based nutritionist.

Five Paths to a Mindful Meal

How can you begin to eat mindfully? Nutritionists recommend these simple steps.

* Prepare food thoughtfully. Charletta and her sister laugh and enjoy each other’s company when they cook. “When you prepare a meal with love and joy, you feel that energy when you eat,” Charletta says.

* Eat only at the table. Designating the dinner table as the only place to eat is “the number-one way to ensure healthy eating,” says T. Kristian von Almen, a psychologist in San Jose, Calif., and a coauthor of Trim Kids. The simple act of sitting puts your body in a more relaxed state.

* Use your nondominant hand. If you’re left-handed, for example, pick up your food with your right hand. You won’t be able to scoop up as much food as you normally do.

* Pick up chopsticks. Try your hand at using Asian utensils for a week, suggests Vangsness. “They slow down the process of eating, preventing you from going into shovel mode.”

* Slow down. Chew each bite 30 to 50 times. In doing so, you’ll produce enzymes that start to break down food in your mouth. You’ll also help ensure that your meals last at least 20 minutes, the minimum suggested mealtime.

Mindful eating isn’t as mystical as it may sound. With a little thought and a lot of attention, you can turn your next meal into a Zen experience.