Social media is a universe of its own. Who would’ve thought that so many things can happen in the virtual world known as the World Wide Web? Traveling the world remains to be a dream for many. There are many Americans who have never been out of state, much more out of the country. But there are wanderers who revel in traveling the world and experiencing different cultures and different ideas. While money and time remain to be a problem, those who have strong wanderlust tendencies will find a way to realize their dream of traveling the world one place at a time. 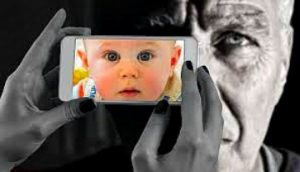 Today, you can see travel photos and videos on social media and feel as if you have traveled the world yourself. Global interconnectivity became possible through the web. And the best part, these are the stories and trips of your friends not just of celebrities. The downside is that as more people use social media, there’s a bigger possibility that these photos and videos are fabricated. Thus, we often encounter the term IRL (in real life) and online reality. At times, we get entertained by these lies but the rising threat and proliferation of fake news urge the government to intervene and take action.

What was really happening in all of these ‘grammable moments: She was depressed, and going through the motions. She felt very lost in what she calls “the fake world” of social media and college life. “I would get all dressed up and be very concerned with how I looked, and I’d go out with these girls who I didn’t really like,” Steimer says. “As soon as I got a group picture I really liked, or a picture that looked like I was having a blast, I’d be like, ‘Okay is everyone drunk enough that they won’t realize when I leave and go home to sit in my bed alone?’”

Back in her room, in bed and depressed, she would scroll through her Instagram feed, jealous of the friends who looked like they genuinely loved their lives. It didn’t occur to her that maybe they were faking it, too. She considered taking a break from school — going home to Rockville, Maryland — but she was afraid that the gap would only make college (and her misery) last longer. She felt like everything about her life as a University of South Carolina sorority girl was contrived, but she lived in the house. She was trapped. But as soon as she could move out, she quit the sorority. Then, most importantly, she stopped posting on social media for the length of her junior year.

Social media reality may be tempting and can disorient you for a while but you need to remember that it is not real life. These photos may be jaw-dropping and the back story just as interesting because it has one purpose – to earn to thumbs up of people. However, social media can also be used to spread fake news and create conflict among people and nations.

The Pope’s Message for World Youth Day 2017 carried a drawn-out reference to the hi-tech world in which young people are immersed, comparing the memories of their personal experiences with the computer hardware that stores large quantities of data.

“Yet our memories should not remain crammed together, as in the memory of a hard drive,” Francis said. “Nor can we archive everything in some sort of virtual ‘cloud.’ We need to learn how to make past events a dynamic reality on which to reflect and to draw lessons and meaning for the present and the future.”

But the pontiff reserved his strongest words for modern attachments to social media and so-called reality shows, warning youth that virtual friendships and virtual reality often conceal many falsehoods and are no substitute for real interpersonal experiences.

“In the social media, we see faces of young people appearing in any number of pictures recounting more or less real events, but we don’t know how much of all this is really ‘history,’ an experience that can be communicated and endowed with purpose and meaning,” Francis said.

Considering that the church has issued a statement regarding this problem means it has reached epidemic proportions. The state is also taking initiatives to prevent the spread of fake news and somehow regulate how people make use of social media in their day-to-day.

Germany’s bill punishing social media networks up to 50 million euros ($53.4 million) for hate speech or fake news content also contains provisions allowing people to find the addresses and other personal information of every social media user without a judge’s decision.

On Wednesday, Germany’s Cabinet approved a new bill allowing the government to impose hefty fines on tech companies if they fail to remove fake news or other hateful content. Social networks will have 24 hours to delete certain “criminal” content and seven days to remove other types of criminal content.

Chancellor Angela Merkel’s Cabinet decided on rules that would lead to fines up to 50 million euros ($53.4 million) if Twitter, Facebook and other social media sites fail to comply.

Missing from reports of those hefty fines, has been any acknowledgement that the bill’s current loose definition of “social networks” could lead to other internet services like email platforms, private blogs, or forums falling under the regulatory regime.

No matter how cliché it may seem, eternal vigilance is the price of liberty. Most nations now live in a democracy and enjoy freedom in doing many things with the exception of a handful like North Korea, perhaps. Almost everyone has easy access to the web. Social media and browsing the web are a favorite past time. But too much freedom can likewise result in abuse, like what we are seeing now.

Let us learn to distinguish the difference between a dream and a reality and take accountability for our actions on the web. Whether we do social media for fun or to earn money, let us avoid spreading fake news or stories that can possibly mess with peoples’ minds and cause conflicts.