The world is far from perfect and this social injustice makes living in an imperfect world doubly harder. Simply surviving is not that easy because it is a challenge to even afford food, shelter, and even an education for many people in the world today. And things become even more difficult in the face of disaster when people lose everything that is familiar in their lives – their home, personal belongings, and even personal space where they can relax and feel comfortable. One of the worst things humans can face is a fire accident. They say it’s better for you to be robbed 10 times but not be ravaged by fire not even once because you’ll lose everything important to you in a snap. That’s how disastrous fires can be. 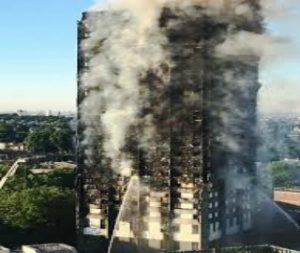 The most controversial fire-related incident that happened lately is that of the Grenfell Tower in London. It was just several weeks ago when the 24-floor residential tower was ravaged by fire and eventually displaced several families and killed 79 unfortunate individuals. It’s a good thing that help came fast. The survivors received all sorts of help in the various drop off points when many of London’s communities united to support everyone affected by this terrible disaster. Even religious and preservation organizations stepped up and offered support despite the differences in their beliefs and traditions.

SAJID Javid, the communities secretary, has announced that the government is providing £1m to support the charitable response to the Grenfell Tower disaster.

This recognises the extraordinary efforts made by many smaller charities and not-for-profit organisations following the tragic fire.

Javid said: “The residents of Grenfell Tower have been through some of the most harrowing experiences imaginable and the response from local charities and volunteers has been remarkable. This funding will mean that smaller charities and community organisations can continue to make a huge difference.”

The victims chose from various items of clothing, food, toiletries, etc. on the streets given by generous and compassionate people to help them rebuild their lives. Many charitable institutions and NGOs were among the first to offer support and the victims will be receiving even more monetary help from the government.

Sajid Javid, the communities secretary, said: “The residents of Grenfell Tower have been through some of the most harrowing experiences imaginable and the response from local charities and volunteers has been remarkable.

“This funding will mean that smaller charities and community organisations can continue to make a huge difference. The first payments are in the process of being made and the government will continue to do everything we can as fast as we can to support those affected by this terrible tragedy.”

David Warner, chief executive of London Funders, said: “We are delighted that the DCLG has responded with vital funds to provide immediate support to community groups in Kensington and Chelsea who are supporting those directly affected by the Grenfell fire.

“London Funders, along with a consortium of trusts and foundations, is making sure the money gets to those groups that can best use it as quickly as possible. We have now put in place the processes to make that happen.”

These charities have set up various ways to collect fund and continues to encourage people to donate. Many heeded the call and came with loads and loads of food and clothing soon after the incident happened but weeks after, they say that it’s better for the public to donate in cash because it can make a big difference as the victims start anew. Each family is also set to receive £20,000 in cash courtesy of the government to help them turn a new chapter in their lives and no longer feel like the helpless homeless people that they are ever since the fire broke out – £10,000 of which is to be given right away for those who sustained injuries and the other half to help them start a new life.