We all know we can’t stop progress from happening regardless of our reservations. There will always be someone hard at work into making new discoveries and advancing human life than what we know it today. At this point in time, most of us equate progress with technology. It is already a giveaway seeing all the tech gadgets we now own that were unheard of in the last few decades. We have accomplished so much and we can achieve so much more in the coming years that is without a doubt. 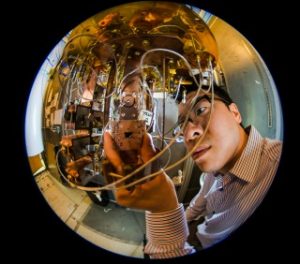 We hear stories about what experts in the tech industry are up to now and quantum computing is almost always mentioned. It is the future that is waiting for us but will the human race really benefit from too much technology in our lives? As early as now, we are already aware of the negative effects of excessive technology use to humans especially when it comes to our health. We lose sleep, become overexposed to unnecessary radiation, and so much more. So, it is understandable if many are wary of the potential bad effects of quantum computing once it becomes accessible to the public in the years to come.

Quantum Computers are heralded as the next step in the evolution of data processing. The future of this technology promises us a tool that can outperform any conventional system, handling more data and at faster speeds than even the most powerful of today’s supercomputers.

However, at the present juncture, much of the science dedicated to this field is still focused on the technology’s ultimate utilization. We know that quantum computers could manage data at a rate that is remarkable, but exactly what kind of data processing will they be good for?

This uncertainty raises some interesting questions about the potential impact of such a theoretically powerful tool.

Last month, some of the leading names in quantum technologies gathered at the semi-annual International Conference on Quantum Technologies in Moscow. Futurism was in attendance and was able to sit and talk with some of these scientists about how their work is moving us closer to practical quantum computers, and what impact such developments will have on society.

Some experts in the field indicated that quantum computing may end up as a tool of destruction rather than a tool of creation that we want to believe it to be. Why did they say that? It’s because of quantum computing’s capacity to break modern cryptography. Encryption is crucial in maintaining safety and security on the web especially when dealing with sensitive information. It is often the target of cyber criminals because breaking the encryption allowed them access to the public’s data and even mess up their hardware.

One more thing: don’t let my ‘in theory’ caveat provide any comfort. Theory is well on its way to becoming cold hard reality, sooner than you realize.

Many are torn whether to be excited for quantum computing or fear its arrival knowing its possible impact on the world – and it may not always be a good thing for us.

The fall of modern cryptography would disrupt the economy as well as the balance of power across nation states – a fact not lost on researchers. “Quantum computer technologies can’t be hacked, and in theory, its processing power can break all encryption,’ says Cybersecurity expert Larry Karisny, director of cybersecurity think tank ProjectSafety.org. “The computational physics behind the quantum also offer remarkable capabilities that will drastically change all current AI and cyberdefense technologies. This is a winner-takes-all technology that offers capability with absolute security capabilities — capabilities that we can now only imagine.”

If you are still undecided whether to like the idea of quantum computing becoming our reality, just think about all those malware spreading around like wildfire these days simply because they manage to break encryption. It’s the very same thing quantum computing is capable of doing. If the technology indeed becomes available to the common people someday and it gets into the wrong hands, all hell will break loose and the social order we have painstakingly maintained may crumble into pieces.

But then, no technology is perfect. We should all bear that in mind. Even the ones we are using now have their drawbacks. It is up to us how we use them. It can work to our advantage or not. The major issue here is who ends up using it and how quantum computing will be used that poses the biggest threat to us.