Organizations, big and small or private and public, must not shy away from using current technologies that make the world go round today if they want to stay relevant and connected to the public. We understand that some of these organizations are organized and led by much older people who are way past their prime and more likely not to be in touch with today’s technology, however, it should not be an excuse for their organizations to entirely bypass these advanced tools because they will lose a lot if they do so. 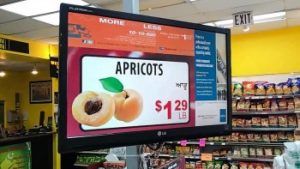 Businesses today know very well that to stay competitive, they have to make use of all available resources so they stand out from the crowd especially against their competitors. Some older businesses try to ignore and shrug off these technologies only to realize much later that it was the turning point for their businesses. It is the reason why big organizations that were known in the past suddenly perished into thin air. They failed to adapt to these changes. That’s the only explanation. Only those brands that had foreseen how powerful technology would become in running a business managed to survive the troublesome and risky transition of running a pen and paper company to that of a digital one.

Yet, in the business world, demand for change too often outpaces technological capabilities. While Kennedy had the resources of a nation behind him, organizations do not have the same luxury. Just13 percent of executives said they’re very prepared to meet the challenges on digitally disruptive technologies, including analytics, cloud environments and machine learning. Despite these struggles, taking advantage of emerging digital changes must be top priority for organizations hoping to engage today’s consumers.

Wise men said that only death and taxes are constant in this world and we just can’t argue with that logic and wisdom. Everything else changes and you have to act while the iron is hot if you want to emerge as one of those brands at the top. Many successful businesses today all started as nothings but look at where they are now. They even managed to tap a different market like what Amazon did – from an online bookstore to a mega e-commerce brand and so much more. Those who failed didn’t make it to today’s market. For instance, Nokia that has been an institution in the mobile phone industry was overtaken by Apple and Samsung and all their efforts to survive and come back fell on deaf ears of the consumers who fell in love with the innovative iPhone and Android products.

“You have to spend money to make money” is one of the oldest clichés in business. Enterprises are following that advice in how they build their sales teams, according to a recent survey of 400 sales executives.

A new “SalesTech Report” from CITE Research, on behalf of SugarCRM, found that 80 percent of companies spend at least $1,000 on technology annually per sales representative to equip them with the right tools to do their jobs effectively. Furthermore, nearly one-half (49 percent) of the respondents said they spend at least $2,000 per sales employee.

While building an effective sales team requires a great deal of investment in both hardware and software, the good news is that respondents said technology is helping their sales team be more effective. These days, sales professionals use a wide array of tools. A CRM system is the most frequently used and the most valuable tool to the sales team. A majority of respondents rated 11 common tools, everything from smartphones to CRM to data enrichment services as “valuable” or “extremely valuable.”

Spending a minimum of $1000 each year is a minor price to pay for brand recognition and the consequential success and profits you’ll earn once people notice your brand. The world is so cluttered right now that you need to do something extraordinary all the time or at least make sure you are always at the back of their minds, so the public thinks of you first when they need a product or service that is related to your line of business. That’s how businesses achieve success despite the overwhelming competition that is all competing for the consumer’s attention and money.

Technology may be a lot to take in especially for those who have been born at a time when everything was simpler but they do serve its purpose. It is simply a must to incorporate it in the way your business works or better yet, hire a pro to do it for you. By now, most brands already utilize various tech tools and only a handful remain as they are, mostly small, traditional businesses that have been around since time immemorial. You have more to lose by avoiding technology than embracing it, so grow your brand and take it to the global market with just a click of a button.