Modern living relies on a lot of technology. From household appliances to entertainment gadgets, we depend on it in everything we do. Who would’ve thought a couple of decades ago that we will be using smartphones and smart televisions when we used to watch from bulky television boxes with no other special features? Social media is a far bigger platform with people’s lives and businesses revolving around it. 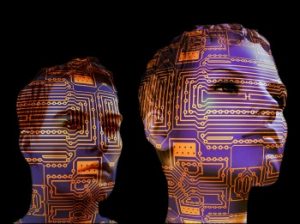 Technology is definitely more superior now. But we should acknowledge the people and their brilliant minds behind all these advancements. It has even confused come and made them think that computers have become smarter than us. And actually, it might just be a possibility sooner than we expected.

Your smartphone is about to get a brain in the form of a neurally inspired computer chip, and it will be based on the first truly new sort of computing hardware since the invention of computers themselves. These chips are already beginning to change the industry, but now they’re making their way into consumer tech — and analysts are seriously under-predicting the impact these neural computers could have on digital economies, and the shape of the digital generation.

Neural network code underlies many of our interactions with technology these days, whether it’s voice commands or predictive keyboards, personal fitness tracking or just efficient Amazon shipping schedules. Machine learning experts have already created neural networks for a huge variety of tasks. The most useful applications, though, require access to a remote server to do the heavy computational lifting of neural network code, and that severely limits the ways in which that code can be used. A smartphone with a physical brain, on the other hand, could let developers fully realize the potential of these revolutionary software tools.

Indeed, the human race has achieved so much over a short period of time. For a species that is said to have evolved from monkeys, we have transformed the world that we know now making everything digital whenever possible.

But let’s go back to the beginning: The first computers were human beings, sitting in rooms, pushing beads on abacuses to calculate trajectories for mortar shells during World War II. These were biological neural networks (brains) doing calculations they were horribly suited to perform, and to get through the work more efficiently, scientists had to create machines designed from the ground-up to do that type of calculation. The result was the first digital computer, and it has become as essential a tool for mathematics today as the human brain was in the 1940s.

Now, in the era of machine learning, mankind faces a similar problem: circumstances again demand that we do a whole lot of a particular type of computation, and once again, the only computers we have on hand to do that computation are poorly suited to the job. Digital computers are simply very bad at running neural network code, and once again scientists have been forced to go back to the drawing board and create a more tailored computing machine: brain-inspired, neuromorphic computers. Led by IBM’s flagship TrueNorth chip, they represent the first real step forward for computing since the time of Alan Turing.

As if we haven’t created enough robots already, computer experts are now aiming to implant computer chips in the human brain.

Humans will soon be implanting tiny computers in their brains to make themselves smarter, funnier and sexier, a prominent futurist has predicted.

Speaking at the South by Southwest (SXSW) conference in Austin, Texas, this week, Kurzweil predicted that “the singularity” – the moment when artificial intelligence surpasses human intelligence – will occur in 2029.

“By 2029, computers will have human-level intelligence,” said Kurzweil.

“That leads to computers having human intelligence, our putting them inside our brains, connecting them to the cloud, expanding who we are.

“Today, that’s not just a future scenario. It’s here, in part, and it’s going to accelerate.”

Having computers that can think like a human may be a good or bad thing. Perhaps, artificial intelligence can be the ultimate cyber security tool we can use against hackers.

U.S. government computer systems remain unsecured and vulnerable to cyber attacks from a host of bad actors, according to a new government report that identifies a range of weaknesses in U.S. cyber defenses that could lead to a devastating attack on the American government.

Those in charge of the federal computer networks have failed to address major vulnerabilities for at least the past decade, according to the Government Accountability Office, which disclosed in a recent report that critical networks are “riddled with security vulnerabilities” and open to attack.

It is too early to tell, though, what our world will be like when computers are at par with humans intelligence-wise. We may benefit from better computing processes and quality but it can pose a major risk to our safety and security. Data security and data loss will be a thing of the past too. No need to worry about common issues like data recovery when all data is now stored in the cloud. Technology will no longer be just an aspect of our lives but may very well be the ultimate one that rules us all.