We all know that computers are crucial to space exploration. How can you fly anywhere without it? Even planes use sophisticated aviation technology to take us from one destination to another, what more to take people to space. Ever since man landed on the moon, we haven’t really achieved much when it comes to space exploration. Things have pretty much stagnated, to say the least. It’s probably why news about sending supercomputers to Mars is exciting everyone right now because it may be the breakthrough we have all been waiting for over the years. 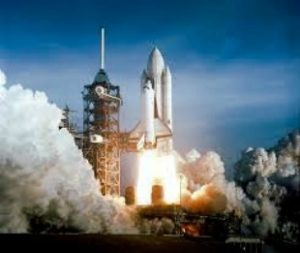 It is not at all impossible for us to develop computers just for this purpose when consumer tech goods are actually pretty advanced these days. Many experts are hard at work in developing this supercomputer that will soon set foot in Mars to ensure the comfort and safety of astronauts sent to explore the red planet. Supercomputers are needed in space to speed up research that is slowly inching its way at a snail’s pace. Although we are not new to Mars, it is undeniably farther than the moon and the environment may be a bit more hostile too. Hence, distance has a lot to do with how well gadgets work out there.

A mission to Mars requires sophisticated computing capabilities to cut down on communication latencies and ensure astronauts’ survival. To advance this mission, HPE and NASA launched a supercomputer into space on the SpaceX Dragon Spacecraft.

This supercomputer, called the Spaceborne Computer, is part of a year-long experiment conducted by HPE and NASA to run a high performance commercial off-the-shelf (COTS) computer system in space, which has never been done before. The goal is for the system to operate seamlessly in the harsh conditions of space for one year – roughly the amount of time it will take to travel to Mars.

Many things have changed and improved ever since man first went out to space. These achievements encouraged scientists to push the technology even further and the very same thing may also happen if this mission to Mars proves to be successful. It can propel space exploration even further and be instrumental for us to achieve even more in the future.

NASA and Hewlett-Packard Enterprise (HPE) are sending a supercomputer into space.

The not-so-shrewdly named Spaceborne Computer, scheduled for launch today from Kennedy Space Center, is part of a year-long experiment.

The high-performance commercial machine will, fingers crossed, operate seamlessly in the “harsh conditions” of the cosmos.

In space, where no one can hear you scream, limited computing capabilities are sufficient for a visit to the moon or hanging out in low Earth orbit. But travel a bit further into the ether—to Mars, for instance—and it becomes much more difficult to keep in touch: It could take up to 20 minutes for someone on the Red Planet to contact Earth, and another 20 minutes to receive a response.

“Such a long communication lag would make any on-the-ground exploration challenging and potentially dangerous if astronauts are met with any mission critical scenarios that they’re not able to solve themselves,” Alain Andreoli, senior vice president and general manager of HPE’s Data Center Infrastructure Group, wrote in a blog post.

Upgrading the computers used in space is the only way to further the exploration of space especially that conditions aren’t always great. This partnership between Hewlett-Packard Enterprise and NASA promises better computing performance that will not only help astronauts work more efficiently in the vast realms of outer space but allow experts on the ground to monitor their work and maintain regular communication with the team. Space experts and both those from HPE are hopeful that through this, advance computing will be made possible in space and pave the way for other discoveries and advancements to be made sooner rather than later.