Technology may be the apple of our eyes now but there are other industries that matters just as much but do not get the attention it deserves. And I am talking about the agriculture sector. The American may do farming differently right now with the various technologies in place to make crop planting and food farming easier and done at a larger scale but let us also acknowledge the many small-time farmers who do everything like it was did in the past. 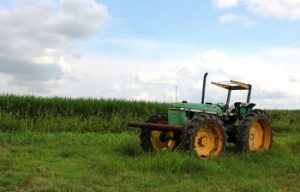 As we all become aware of various agricultural and manufacturing processes and its relation to the state of our health, we understand the value of eating food free of chemicals and pesticides that are a common practice in modern-day farming. The demand for organic produce is increasing and now even has a place on the shelves of some major food retailers and supermarkets. More people are patronizing local farmer’s market in search of the freshest and healthiest fruits and veggies in the land. But despite all these breakthroughs, the number of U.S. farmers has reduced over the years and it may be worsened by budget cuts on the agricultural sector by the new administration.

U.S. farmers are getting grayer, their national numbers are on the decline and fewer young people are moving back to farms and ranches. The average age of a principal operator of a U.S. farm is now over 58 years old.

Absent opportunities for manufacturing, recreation or other industries, many of their surrounding small towns are dying off, too. It’s a vicious depopulation cycle in some areas: Young people move out for job opportunities and don’t ever move back, schools consolidate, basic services start to crumble, and the tax base erodes.

And President Trump is making matters worse when he should be giving back to the population that has helped put him into office. He may have conveniently forgotten that most of his votes came from American rural communities.

Nearly all of Trump’s electoral wins were in rural districts, many of which are made up of farming communities. This is where Trump thrived. I have seen it firsthand: I have lived in the city, worked in manufacturing and I’m now a farmer in a small farming town in Central Illinois.

For the progressive movement to make inroads in communities like mine, it needs to put forward a serious plan for how the US government can stop subsidizing corporate farms and instead return the land to small family farmers who work the land. Farmers should not have to farm 20,000 acres of rented land just to make a living.

To move toward a future in which progressives are able to put forward such a plan, it’s crucial for everyone in this country — including city dwellers — to gain a basic literacy about the agricultural shifts that have taken place in the US and what it would take to move away from corporate agriculture on a mass scale.

Clearly, President Trump does not care about the people who believed in his leadership and it is obvious in the policies he is pushing for in Congress.

Agriculture leaders including lawmakers from President Donald Trump’s Republican Party on Thursday criticized his planned 21 percent cut to discretionary spending at the U.S. Department of Agriculture (USDA), saying it could take a toll on the rural communities that helped elect him last November.

The president has already vowed to alter trade deals that have largely boosted farm incomes and targeted health care policies that have particularly benefited the rural poor.

“America’s farmers and ranchers are struggling, and we need to be extremely careful not to exacerbate these conditions,” said House Agriculture Committee Chairman Michael Conaway. Farm incomes are down 50 percent from four years ago, he added.

Opposition is already building in Congress.

A country will starve without farmers to feed everybody. And given how difficult farming now is that the elements are far more unforgiving than in the past, the lack of help from the government can be far detrimental and carry with it more disastrous consequences. President Trump should question his priorities now and determine whether he got everything right before enforcing policies that may be the reason for his own undoing and the suffering of the majority of the American populace.