Is appearance still important in times of crisis? Probably not for those practical and level-headed consumers. But because social acceptance is important for many, it is not enough that you put food on the table and send your kids to school, keeping a beautiful home you can show off to others also matters. 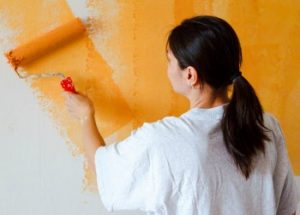 Spring has come and the weather is improving. It means hibernation is almost over and we can enjoy the outdoors. Lots of work is involved in making your home attractive once more after sustaining a nasty blow from Mother Nature last winter, most of which involves home improvement projects and repairs.

In 2015, U.S. homeowners spent $221 billion on home improvement, maintenance, and repairs, according to a report released Wednesday by the Harvard University’s Joint Center for Housing Studies (JCHS). The center estimates 2020 spending to reach $243 billion.

And despite this additional expense on sprucing up your home, it actually means good news for the country’s economy.

There are several drivers for the booming home improvement market, according to the JCHS. Rising home prices and household incomes, aging housing stock and a pickup in household growth are the primary contributors.

And the home renovation industry is hopeful that business will be more booming this year than it did the previous year since consumers enjoy higher spending power, thanks to a more progressive economy that has somewhat recovered from the crisis of the previous decade.

Monday marks the first day of Spring and with winter in the rear view mirror, local home improvement businesses are ready to get back to work.

“It’s quite a bit slower in the winter time but it gives us time to get caught up and prepared for the spring time whenever it hits,” Brewbaker said.

Add to that what Brewbaker has seen with rising consumer confidence in the economy, 2017 looks to be a better year for the home improvement business.

While all families have priorities, they won’t hesitate to improve their home or to add a new feature if there is extra money in the budget. More and more households are expected to renovate their homes with the economy doing much better than it did in previous years. Materials cost have also gone lower, which is a major factor why more people can now afford to make their homes more livable and beautiful than before.

Although labor remains to be a constraint, a lot of homeowners have now decided to roll up their sleeves and do the actual work themselves. Just do a quick browse on Youtube and you will find countless home renovation DIY videos even beginners can safely and effectively do on other own. It is also a fun and exciting bonding opportunity for families that they can be proud of.