The Internet is a wonderful place but it can be dangerous too. People young and old can get lost in the web for hours and having the time of their lives but there are hidden dangers to its use, too. Of course, it all has to deal with cybersecurity. And it is no easy feat knowing how knowledgeable, skilled, and ingenious modern-day hackers are. No amount of data protection can get in their way if they want something so bad. Over recent years, the rise of malware has been so prominent in the tech sector that it has crippled businesses and organizations by the thousands in various parts of the globe. Sometimes, you wonder why people just don’t give up and read a book! 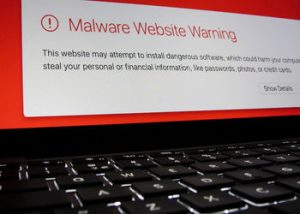 If you are someone who knows your way with technology and is savvy when navigating the web, chances are you own your own tech device as well. It can be a smart gadget or a computer or laptop. You are not simply using these gadgets but you have to care for them too because they are somehow mighty expensive investments. However, you can’t tell when your device becomes at risk for malware. The risks are especially high if you are using computers running on old operating systems that do not have what it takes to fight off these tech nightmares.

With the recent anti-malware advances by Acronis, which extend the functionality of Acronis Backup Cloud, the software will further support defensive initiatives against malicious threats, including ransomware. Such attacks, that include the recent Wannacry and NotPetya ransomware, have affected millions of computers by stopping access to data until a financial payment was submitted. In many cases these malware variants found their way into backup sets, corrupting the ability to properly recover the criminally encrypted information. The enhanced nWorkSpace backup infrastructure prevents these actions from taking place.

In the most recent development by Acronis, the backup provider has countered the potential malefactions of ransomware with Acronis Active Protection, an artificial intelligence-based technology that detects and stops ransomware, and automatically reverses its effects.

The most important thing when it comes to fending off malware attacks is that you ensure you have a working data backup solution in the unlikely event of such an attack. Data may be lost but what’s important is that it can be recovered in the case of encryption. Other times scammers target personal or financial data that is trickier to discern, unlike common malware that issues a warning on your screen since the former often takes time to be first noticed.

To ensure machines are completely clean before re-installing the OS, apps and data, each machine should undergo complete data sanitsation. This is defined as the process of deliberately, permanently and irreversibily removing or destroying the data stored on a memory device in order to make it irrecoverable. This includes traditional IT equipment with data storage and mobile devices, along with internet-connected devices, such as wearables, medical devices and infotainment systems in automobiles. A device that has been sanitised has no usable residual data, and even with the assistance of advanced forensic tools, the data can never be recovered. There are three methods to achieve data sanitisation: physical destruction, crypotographic erasure and data erasure.

When we talk about data sanitization, we are not merely referring to resetting, reformatting, or wiping the data clear. It often involves physical destruction and data and cryptographic erasure. By failing to do so all these things, computer users expose themselves to cybercriminals leaving their devices susceptible to ransomware attacks. It is not easy to do because it involves physical destruction of the device, which is quite expensive on its own not to mention the data stored in it that may or may no longer be salvaged.

However, replacement is the only option left once your device has been infected by any malware to prevent it from spreading. The hard drive is often the first to go. Data sanitization may be a painful process for some but it is crucial in protecting yourself from cybercriminals out to get your data and money.