Technology progresses quickly. The hottest computer or smartphone now will be obsolete a few years from now. So, it is not surprising to learn that experts predict the future of quantum computing. Although not yet available for public use, quantum computers are already accessible to a select few for further research and testing. They should also help with data issues. 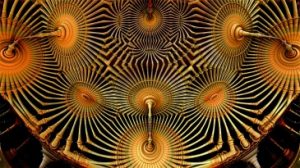 Present-day computers are only but a shadow of what quantum computer can offer mankind. We can finally be free of the many technological limitations that we face each day. Think of artificial intelligence – it is just one of the things you can associate with quantum computing. But is it the only way to go for everyone? How sure are we that our lives will improve and prosper once quantum computing takes over the world?

After decades of research, the first quantum computers are now up and running. The question now is: What do we do with them?

Instead, quantum systems will do things not possible on today’s computers, like discovering new drugs and building molecular structures. Today’s computers are good at finding answers by analyzing information within existing data sets, but quantum computers can get a wider range of answers by calculating and assuming new data sets.

Quantum computers can be significantly faster and could eventually replace today’s PCs and servers. Quantum computing is one way to advance computing as today’s systems reach their physical and structural limits.

Progress has been slow, but researchers are discovering uses for existing quantum computers like D-Wave’s 2000Q, which has 2,000 qubits, and IBM’s 5-qubit systems.

Quantum computing does sound tempting and perhaps can truly benefit people in ways that we can only dream of. And many are really excited for quantum computing to hit the market. Our lives will surely change – although it is too early to tell whether those changes will be for the good or bad.

Quantum computers are expected to change computing forever in large part due to their speed and processing power. Instead of processing information the way existing systems do — relying on bits of 0s and 1s operating on miniature transistors — quantum computers use quantum bits (or qubits) that can both be a 0 or a 1 at the same time. This is thanks to a quantum phenomenon called superposition. In existing versions of quantum computers, this has been achieved using individual photons.

“Quantum computing will enable people to tackle a whole new set of problems that were previously unsolvable,” said Chad Rigetti, the startup’s founder and CEO. “This is the next generation of advanced computing technology. The potential to make a positive impact on humanity is enormous.” This translates to computing system that are capable of handling problems deemed too difficult for today’s computers. Such applications could be found everywhere from advanced medical research to even improved encryption and cybersecurity.

Computer experts can’t contain their excitement over quantum computers and for good reason. And best of all, we don’t even have to wait a lifetime for it.

The quantum-computing community is channelling most of its efforts towards building the ultimate machine: a digital quantum computer that tolerates noise and errors, and that in principle can be applied to any problem. In theory, such a machine — which will need large processors comprising many quantum bits, or qubits — should be able to calculate faster than a conventional computer. Such capability is at least a decade away2. Correcting for errors requires redundancy, and the number of qubits needed quickly mounts. For example, factorizing a 2,000-bit number in one day, a task believed to be intractable using classical computers3, would take 100 million qubits, even if individual quantum operations failed just once in every 10,000 operations. We have yet to assemble digital quantum processors with tens of qubits.

This conservative view of quantum computing gives the impression that investors will benefit only in the long term. We contend that short-term returns are possible with the small devices that will emerge within the next five years, even though these will lack full error correction.

The experts are gearing up to fixing all the glitches before the quantum big reveal. In five years’ time, we can get a hold of our own quantum computers at home and we’ll see for ourselves what all the fuss is about. Until then, we can only imagine how life will be like with quantum computers in our midst.