Diversity makes the world an interesting place to live in. Although conformity holds society together, diversity gives it life. And to give a blind eye to our nation’s diversity is just plain stupid and racist. Our country is a land of immigrants whether we want to admit it or not. Even Caucasians who call themselves conservative Americans are not the true people of this land. 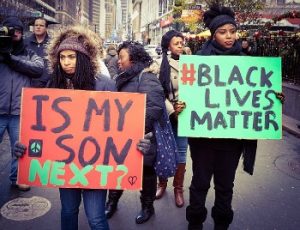 American Indians have long been delegated to the sidelines. Right then and there, social injustice has been committed to our forefathers by our own forefathers. And today, our new leader proclaims to bring back America its old glory by banishing the outsiders. How can we expect to have peace at all when sexism, racism, and other inequalities are committed in broad daylight?

And when we talk about activism in the U.S., the Black Lives Matter movement is probably the one that best embodies this sensitive concept.

The Black Lives Matter movement is not a U.S. cultural export to Latin America and should not be treated as such, for the assertion that “Black lives matter” is far from new in the Americas. From the maroon communities of Jamaica, Suriname, and Brazil to Black independence movements starting with the Haitian Revolution, Black peoples across the Americas have long articulated a demand that Black life, personhood, and autonomy be valued and respected. Today’s movements are only the latest iteration in the long Black struggle for liberation.

When we talk about activism, it often involves black people. After all, they used to be servants of this land and fought their way to enjoy the better life they now have. But still, racist remarks are still hurled their way because of their skin color and the texture of their hair.

“The Hate U Give,” which takes its title from a phrase coined by the rapper Tupac Shakur, is one of a cluster of young-adult novels that confront police brutality, racial profiling and the Black Lives Matter movement. Several are debut novels from young African-American writers who have turned to fiction as a form of activism, hoping that their stories can help frame and illuminate the persistence of racial injustice for young readers.

“For me, specifically for black teenagers, it’s a reflection of what we’re all facing right now,” said Jay Coles, a 21-year-old college student from Indianapolis, who sold his first novel, “Tyler Johnson Was Here,” to Little, Brown Books for Young Readers this year. Mr. Coles said he had started writing the book, which centers on a black teenager whose twin brother is shot by a police officer, as a way to process his depression and rage after Trayvon Martin was killed in Florida in 2012.

But despite all these tensions, many Black millennials have not yet lost hope and are still proud citizens of the country willing to do their part in making it great again.

“This suggests their vocalization of injustice isn’t at odds with respect for their nation,” the study says of black millennials. “In fact, it’s possible their motivation to speak up is because of their national pride, because they hold their country to a high standard.”

President Trump may have good intentions in making our country a safe and great place again but his own personality gives away his true nature: that maybe he does not really care about this nation’s minority and immigrants because that’s just who he is. The problem, though, is that the country has been a melting pot of all sorts of cultures and nationalities through the years. President Trump can’t just disregard them in his quest for greatness once more or risk making activists out of ordinary American citizens.