Advancements are made because of extensive and well-funded research and development studies and trials. It is the only way to innovate and improve our lives. Both the government and the private sector invest heavily in R&D for almost the same reason, with the latter openly doing it for monetary gain. Meanwhile, the government pushes forth these initiatives to improve the production and delivery of basic services and to perhaps discover better products or medical treatment to most diseases that have been plaguing mankind as of late. 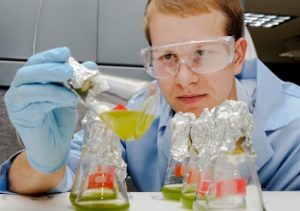 In both cases, R&D is an investment in future capabilities and technologies that are aimed to uplift people’s lives and change the way we live (hopefully, for the better). A country like America has always been at the forefront of major technologies, advancements, and innovations that the world has been blessed with over the last century and that is still the case until now. However, we all know how politics affect these issues and the federal state’s science-related initiatives depend on who’s sitting in power at that moment.

The White House released a four-page memo (pdf) this week detailing its science budget priorities for fiscal year 2019, citing U.S. military superiority, security, prosperity, energy dominance and health as its top five focuses. The document makes no mention of environmental science or climate change—both top priorities under Barack Obama’s administration—but it does include commitments to basic research and aging-related health.

It should come as little surprise the Trump administration’s science priorities emphasize investment in military might to the exclusion of climate and clean energy. But some saw this memo as a relatively positive development, including Obama’s former science adviser, John Holdren. “There is much more to praise to in this document than to complain about,” he says. “The fingerprints of input from the Office of Science and Technology Policy (OSTP) are evident on this document.”

It is a trying time for the United States given how unorthodox of a leader President Donald Trump is. Many are freaking out as to the various budget cuts he has implemented so far and the extreme travel bans and restrictions that have been in effect since he assumed office. For instance, he’s significantly reducing the EPA’s budget and may even ultimately get rid of the agency for good over time aside from signing the US out of the Paris Agreement, a rash decision considering that climate change is wreaking havoc with everyone right now.

Last summer, just weeks after being crowned the Republican Party’s presidential nominee, Donald Trump scored major political points by visiting flood-ravaged southern Louisiana. The flooding was America’s worst natural disaster since Hurricane Sandy, and yet, President Barack Obama had not yet interrupted his vacation to tour the damage. Hillary Clinton, the Democratic nominee, hadn’t visited either. Victims felt ignored. But some saw hope in Trump. “It just lets you know that somebody on the national level is doing something,” flood victim Sandra Bennett told the New York Times. The Rev. Bill Engelhart told the Los Angeles Times, “[Trump] really cares, and this is his way of showing it.”

A decision Trump made Tuesday, nearly a year to the day after his Louisiana visit, suggests otherwise: He signed an executive order that, among other things, rescinds flood protections for federally funded buildings and infrastructure. First reported by E&E News, Trump’s order undoes an Obama-era executive order that required new public infrastructure projects—like subsidized housing, hospitals, and fire departments—to be built a few feet above the “100-year floodplain,” or the height at which there is a 1 percent chance you’ll experience an enormous flooding event. The requirement accounts for future sea level rise predicted by “the best-available and actionable science,” the order reads.

There are two sides in every story. Well, three actually. There are each side’s story and the truth. Now, talking about bigger issues like the environment is undeniably complicated. Add to it the conflicting opinions of people makes reaching an agreement doubly harder. And when politicians insist on their own truth rather than hearing out everything regarding all the environmental issues affecting not only the country but the entire world today, it makes the entire nation wonder and worry at the same time as to what the future holds.

But despite his many flaws, President Trump still won the election fair and square and everybody should at least give him the benefit of the doubt and wait for him to bring to life his promise of making America great again. He may have issues with the environment and many others but surely he won’t get in the way of progress and development that is brought about by a well-funded and supported research and development efforts considering he is an entrepreneur himself.