The Internet and social media bridge the gap among people of all walks of life all over the world. You can establish friendships with people of different nationalities on Facebook, Twitter, or Instagram or whatever social media site you frequent. However, wars are still fought and crimes continually rise. So, what does it say about international relations nowadays? 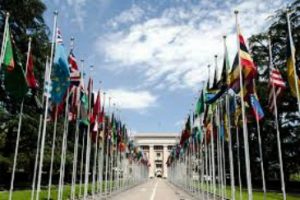 When we talk about international relations, we often think of politics and world leaders. But considering how complex and dirty politics have become, conflicts among nations would remain and world peace will remain to be just a dream when conflict is prevalent even in our country. The nation hasn’t been this divided as it is now because of leaders like Donald Trump who continue to plant hate and discrimination in the minds and hearts of the people.

International reactions to the election of Donald Trump have catalyzed a far swifter collapse of the American-led world order than anyone could have imagined.  Interactions between great and middle-ranking powers are undergoing rapid evolution.  The political, economic, and military interests and influence of the United States still span the globe, as does American popular culture.  Nations and non-state actors in every region continue to worry about American policies, activism, or passivity on matters of concern to them.  In short, the United States is still the planet’s only all-around world power.  But the clout that status confers is not what it used to be.

The only other polity with the potential to rival America’s worldwide influence at present is the European Union (EU).  It has the money but lacks the ambition or political and military cohesion to exert decisive influence beyond its periphery.  Until “Brexit,” the EU included two former world powers, Britain and France.  Now only France — which retains a sphere of influence in Africa and overseas territories in the Caribbean, Indian Ocean, and Polynesia – can bring a global perspective to EU councils.

And Trump’s limited political and leadership knowledge and skills can hamper any progress the country already made in recent years.

The Trump administration’s rejection of multilateralism marks a major step back from international leadership by the United States.  It signals that America no longer seeks to make and interpret the rules that govern the world’s political, economic, and military interactions.  Instead, Washington will seek unilateral advantage through piecemeal bilateral deals.  This pivot away from preeminence has created a geopolitical and geoeconomic power vacuum into which other great powers are being drawn.  Responsibility for the maintenance of global political, economic, and military order is everywhere devolving to the regional level.

Meanwhile, the United States is increasingly isolated on transnational issues.  Official American antipathy to science on climate change and similar issues has discredited the United States as a participant in setting polices that address them.  Washington’s escalating disdain for the United Nations and international law has meanwhile delegitimized its role as the “world policeman.”  The uncertainties inherent in this situation are everywhere accelerating the formation of regional groupings.  But, despite some stirring by China, there is as yet no credible successor to the United States as a global order-setter.

Not only is his choice of words as flamboyant as his personality, his policies, and means to realize them are just as controversial too. After all, what can we expect from a businessman – the business always comes first.

According to reports from the Washington Post, President Donald Trump has only been in office for a couple months, but he’s taken 11 trips to the golf club. Critics of Trump’s presidency see this as a sign of weakness, since this is the most golf trips any president has taken in such a short amount of time.

According to representatives of the White House, President Trump has used the course almost exclusively for business purposes. Sources say that his visits most often involve international relations.

Most recently, Trump was seen at Trump International Golf West Palm where representatives say he “may hit a few balls.” They also confirmed that he took part in some business meetings and paused for a few pictures with the locals.

While it is true that more businesses are made during rounds of golf than during official meetings, it is a different story if you are the elected leader of one of the most powerful nations in the world. His unorthodox ways always capture the attention of the media and the public. From meetings to his private clubhouses only the elite few can afford, news about still receiving financial reports about his Trump Empire can instill doubts in the minds of the people.

World leaders have to set aside their personal feelings in running the affairs of the state, especially that the whole world is watching. Let us all wait and see if Trump can pull his act together and create positive relationships with leaders of other nations and protect the interests of the country and of the people. He has just started so let’s give him the benefit of the doubt – maybe he can find a way to make America great again.