Like any progressive first-world country, millions of foreign workers and immigrants flock to the United States for a greener pasture. Known for years now as the land of opportunity, people have the chance to transform their lives for the better in a country that has welcomed millions of other races for centuries now. 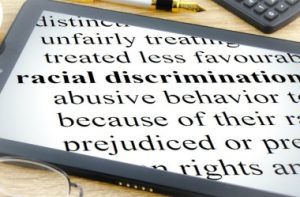 Although much has changed when black slavery was still a thing, the many technological advancements we are now enjoying has not put a stop to the issue of racial diversity and discrimination. Others still pass judgment to the other person just because of their race and appearance. Amidst the recovering economy of America lies a deep-rooted problem on racism that seems to be far from over because of the controversial victory of President Donald Trump (who is also known to say racist and sexist remarks on live television).

Not only in the United States but all over the world, racial discrimination persists to be a nagging problem of every society. Anyone who doesn’t belong is sure to be discriminated.

Today is the International Day for the Elimination of Racial Discrimination, created in 1966 by the United Nations to address social injustices based upon race. While many might see racism as an issue of skin color or ethnicity, Gary Edmonds of Food for the Hungry says marginalization often takes place within people groups based upon heritage and gender — and he believes faith and dignity are core to restoring hope.

Even law enforcers who are supposed to be unbiased and should uphold what is morally fair and just have also been guilty of discrimination in the line of duty.

The head of a major international law enforcement organization on Monday apologized for “the actions of the past and the role that our profession has played in society’s historical mistreatment of communities of color.”

Cunningham, speaking at a meeting of the group in San Diego, said law enforcement’s history is “replete with examples of bravery, self-sacrifice and service to the community.”

But Cunningham said at the same, “the history of policing has had darker periods.”

“There have been times when law enforcement officers because of the laws enacted by federal, state and local governments have been the face of oppression to far too many of our fellow citizens.

In the past, the laws adopted by our society have required police officers to perform many unpalatable tasks, such as ensuring legalized discrimination or even denying the basic rights of citizenship to many of our fellow Americans,” Cunningham said.

Although efforts are being taken especially by socio-civic leaders and organizations to reduce cases of discrimination and eventually put a stop to it for good, it is a long and difficult fight where the end is still not in sight.

In the past year, there has been a lot of talk about racism in the region and Sabry hopes this event – now in its 16th year – will help kickstart more dialogue about the issue.

“There is racism,” Sabry said.

“Sometimes it’s more obvious and to the surface,” she added. “We’re hoping that people, through understanding each other, that there will be less of the unknown and treat each other as human beings instead of labelling and stereotyping and being leery of other people because they just don’t understand them.”

For a major change in the public perception to take place, it must all begin within ourselves. Opening up our minds and hearts to what makes everyone on this planet unique and diverse is the first step to ending discrimination. We must all understand that there is no ideal conformity that everyone should follow and that we should all celebrate our individuality. We may look alike but we all deserve to enjoy the same respect and rights as the person next to us.