Science continues to evolve alongside technology. It has achieved so much over the centuries and the possibilities are still endless. Science allowed mankind to have a clearer understanding of the world we live in, innovate and improve our lives, cure diseases, and come up with futuristic technologies that define what’s in store for all of us years ahead. And it hasn’t been an easy ride or a cheap one either. Most scientific breakthroughs took years of hard work and lots of money before they paid off. Names of famous scientists will forever be etched in science books and in history as the people who pushed innovation even further so that new discoveries can be made. 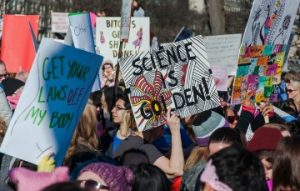 Unfortunately, the field of science has never been free of controversies. From rifts with fellow scientists to controversial treatments, science is just as colorful as its long history. Today, more issues continue to plague the field of science. News of budgets cuts can severely impact scientific programs. Scientists are fed up with the system and will now take their fight to the streets so that people in the Capitol can hear their voices and sentiments.

The upcoming March for Science is frequently described as the first time U.S. scientists will take to the streets.

Epidemiologist Frank Bove and biochemist Ben Allen know better. They are part of a small cadre of “science workers” trying to revive a short-lived organization—named Science for the People (SftP)—that evolved from the 1960s antiwar and civil rights movements and engaged in demonstrations, sit-ins, civil disobedience, and other forms of direct action. But whereas the current marchers want to defend open inquiry and evidence-based policy in response to outside assaults on the profession, SftP was trying to rescue science from itself.

The original group maintained that too many U.S. scientists had become willing tools of an oppressive government that was fighting an unjust war and serving corporate interests. In its early years, SftP disrupted the annual meetings of AAAS (which publishes ScienceInsider), with activists shouting down speakers, accusing prominent scientists of serving the ruling class, and staging counter sessions on hot-button political issues.

The current administration doesn’t consider science research among others to be the top priority for the federal budget. These drastic budget cuts sure have hit a nerve and scientists are coming out of their labs and clinics to make sure President Trump understands the consequences of his action.

With the election of President Donald Trump, who denies that climate change is occurring and has threatened to shrink research budgets, scientists are again becoming more confrontational in their politics. They’re even taking to the streets, including the nationwide March for Science protests planned for April 22. Physicists, oceanographers and biomedical specialists are expected to join ranks with environmental leaders, K-12 science teachers and others at those gatherings.

We understand that tackling immigration issues are crucial for progress and that national defense should never be compromised either. However, we should not also neglect other equally important issues such as scientific research, climate change, environmental conservation, etc.

As quickly as the idea of a march gained momentum, however, so, too did disagreement over the boundaries of the march. Was the focus to be primarily on climate change? Should federal funding levels for scientific agencies be discussed? Should the march address what might be seen as social or political issues, such as the lack of representation of women and minorities in many scientific fields or the recent focus on sexual harassment in scientific workplaces?

To some, these ideas were too broad and lacked focus on real scientific issues. There was a risk of going off message, they argued, by adding in politics or speaking towards social justice. Perhaps the Science March is simply not the right time or place for those discussions. To others the focus was too narrow, not inclusive enough. By sidelining issues that are important to many scientists, the March risked becoming inert. The discussions of where to focus the Science March mirror conversations about science in general. What do we include when discussing science? Is this an abstract philosophical discussion or a somewhat messy practical one?

Science does not exist simply as a platonic ideal. Science is a human endeavor that occurs within the context of human organizations. It is not simply experiments and statistical tests and cold facts. Science is inextricably mixed with our ideas about research ethics, ideas about which questions deserve to be asked, and how that knowledge is used. Whether these are framed as political or social issues, the conclusion is the same: science cannot be completely separate from life.

The science march is plagued by controversies in itself but it is refreshing to see medical professionals taking a political stand for a change. The nation’s leaders should understand every issue the country faces and not just focus on a few aspects and disregard the rest. All forms of scientific advancements can help the world in a big way. Only with sufficient funding can these be endeavors realized and if the government is taking away this support, how can we expect to deal with science-related issues that are just as important as the safety and security of all Americans.