If there’s one thing that defines today’s era, it is the dominance of technology especially that of the Internet. As the web continues to flourish, platforms like social media became household’s name all over the world. Even countries plagued by poverty have room for social media in their lives. It has even become an addiction for many who can’t last a day without tinkering with their smart gadgets and browsing their social media news feed not to mention posting their latest selfie for the day. 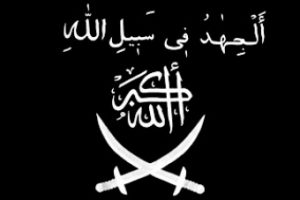 Aside from the rise of technology, one thing that has captured our attention for years now is the spread of terrorism in various parts of the globe. These religious extremists are often Muslim rebels who cause havoc and terror using their religion as a lame excuse. Millions have died and been displaced because war continues to ravage countries like Syria, for instance. For people living far from the war-zone, we wonder how we can put an end to terrorism without necessarily fighting these extremists in actual combat. Is it possible to use today’s technology against them?

Some of the world’s biggest social media and tech companies are joining forces to remove terrorist content from their platforms.
Facebook, YouTube, Twitter and Microsoft say they will share technical solutions in what they’re calling the Global Internet Forum to Counter Terrorism.
TheUK Prime Minister recently accused prominent social media companies of allowing terrorists to spread their message and plan attacks online.
A G20 meeting inGermany next week will also discuss how to pressure the companies to do more to help investigate terror suspects.
So, are these social media and tech companies really doing enough to detect and block extremist content?

There’s now such a thing as online extremism. It’s actually how the terrorists themselves recruit new Jihadist fighters from far-away nations like in Southeast Asia where the Islamic State seemed to have a growing list of supporters fighting for them and brazenly raising their flags to insult the government. If they can use technology to their advantage, we can certainly make it work for us too to possibly put an end to the threats of terrorism once and for all.

Responding to pressure from governments in Europe and the United States after a spate of militant attacks, the companies said they would share technical solutions for removing terrorist content, commission research to inform their counter-speech efforts and work more with counter-terrorism experts.

The Global Internet Forum to Counter Terrorism “will formalize and structure existing and future areas of collaboration between our companies and foster cooperation with smaller tech companies, civil society groups and academics, governments and supra-national bodies such as the EU and the UN,” the companies said in a statement.

Facebook already started with this initiative after being pressured by politicians to remove extremist propaganda used by Jihadists in the online recruitment of new members. It was shortly followed by Google that likewise removed violent terrorist posts on Youtube. Then, Twitter accounts that promoted terrorism was also suspended in an attempt to cripple terrorist propaganda and prevent them from orchestrating more terror attacks that target innocent civilians.

This counter-terrorism forum will make social media technology unfriendly to extremist groups, so they lose a cost-effective and efficient platform to reach out to twisted people like them. The forum will also adapt to the changes in terrorist activity especially that terrorists will eventually find another way to communicate with one another outside of these social media channels. Many are hoping that this move can significantly impact terror groups, so they have fewer resources to plan their terror attacks and commit violent crimes against humanity.