Since time immemorial, the arts have graced caves and ancient ruins. From stick figures to more complex hieroglyphics and statues, we all can’t help but admire the intricate details and the artistry behind these works of arts. Even people back then knew the value of the arts, not just for entertainment, but as an embodiment of a culture or perhaps an entire civilization. 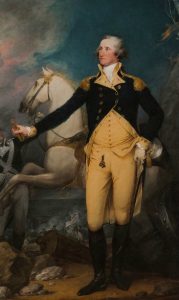 Today, we have museums for that. Just visit a museum and you can see a vast collection of artist’s works from then and now. While the rich filled their homes with expensive, beautiful and intricate artworks, the majority of us can only look at them and admire from a distance. If the proposed budgets cuts to the country’s art sector will push through, the future generations will likely grow up in a society devoid of the creative works of the finest artists in the land.

The National Endowment for the Arts’ $148 million budget represents about .012 percent, or about one 100th of federal discretionary spending — a figurative drop in the bucket. Each dollar of NEA investment leads to $7 of public and private leverage. The return on that investment is massive; arts contribute to about 4.3 percent of U.S. GDP, or around $698 billion to the U.S. economy.

However, considerable anxiety has been created among arts advocates in recent weeks as a result of President Donald Trump’s proposed budget which would entirely eliminate funding for the NEA.

“This is not a new threat,” Midwest Theater Executive Director Billy Estes said. “Every year, both on a state and a national level, there’s always the potential for these funding cuts.”

The arts is not just there to showcase the artworks of talented artists of the past and the present but is also a major industry that employs people by the thousands and generates a lot of money too.

It was with a heavy heart that I read the subsequent testimonials from my peers in the arts world. Their fear demonstrates how vulnerable the arts are. From the largest to the smallest, arts organizations are making the most they can with everything they’ve got. Without NEA funding, programming will be cut, jobs will be lost and those with the least will inevitably lose the most. Groups like Young Chicago Authors, which helps inner-city youth find their voices, will reach fewer people at a time when youth voices are that much more important. Larger companies may be forced to cut the budgets of their neighborhood-based programs. In all, it means even less opportunity for those who already have limited access to the nation’s cultural underpinnings.

At its best, the NEA has been as important for its leadership and advocacy as it has been for the funds it provides. It serves to set an agenda, a direction for artists and funders and even for arts consumers. When Rocco Landesman served as the NEA’s chairman from 2009 to 2012, he sought to emphasize ways that the arts could empower civic enterprises. He brought arts leaders, funders and corporate heads together and asked: How can we do more? How can our dollars breed better lives? The results were new levels of commitment within the corporate community and a new commitment to exciting new artistic enterprises and new avenues of support for them.

Under the Trump administration, who do we imagine will head the NEA, and what will that person’s agenda be? Based on several of Trump’s Cabinet appointments, it could be someone who cares nothing for the arts or has animosity toward the creative world.

It is obvious that the Trump administration has little concern over the culture and the arts at all. Not giving the sector appropriate funding will have a drastic (most likely negative) effect on the society at large.

An email from an arts advocacy group advises me to call my congressional representatives and tell them that art is a 700-hundred billion-dollar industry providing hundreds of millions of jobs. I must do this to save the National Endowment for the Arts, which President Donald Trump has now proposed eliminating through budget cuts. I can’t, though, and I do believe in the NEA. But if you do something for money, for a job, it’s not art, and the only way to help people make art is to give them spare time — not jobs. I want the NEA to support spare time for people who wouldn’t otherwise get it.

Poetry, generally considered to be one of the fine arts, derives from the Greek verb poiesis, which means “to make.” Yet poiesis is not merely a form of artistry: It is creation itself. All the fine arts, in fact, are methods of poiesis: acts of creation not constrained to fulfill any needs or purposes. This is the difference between the fine arts and the decorative arts.

While many empathize with the current predicament of the arts, others feel for them yet still have something to say. For them, we should not just focus on the jobs that will be lost by this budget cut because the arts should primarily be an artistic expression and appreciation and the jobs that follow are just but a by-product of this appreciation. We must look past the fact that it is a billion dollar industry and grasp the very essence why the arts is there and why it needs to stay where it is.

Despite the many arguments surrounding this issue, we can’t deny the fact that the culture and the arts will suffer greatly without sufficient government funding to back it up and people’s lives will be severely impacted too.