We can’t deny that China is a force to reckon with. Their economy has grown roughly tenfold of what it once was, so President Trump should be careful with how the U.S. conducts trade relations with Asia’s giant and also the country’s largest trading partner. 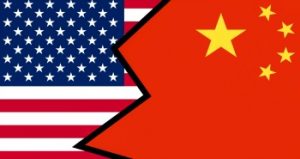 Many U.S. manufacturers and companies rely greatly on the Chinese economy for parts and labor of goods and services. When you go to the mall or do your grocery shopping, look at food labels and check where it was made. You’d likely see that it is made from China. Let us also not forget that they have the second largest economy in the world and that we willingly allowed them to dominate the U.S. markets for years now.

Trade theorist Paul Krugman once wrote: “The economist’s case for free trade is essentially a unilateral case — that is, it says that a country serves its own interests by pursuing free trade regardless of what other countries may do.”

If empirical studies can lead top mainstream economists to question this once-universal belief, then the profession really is shifting from theory to evidence. With this in mind, I contacted Autor to ask him how his research on China has altered his own thinking about the costs and benefits of trade.

He told me he had been astonished by his own findings. Autor, like most top economists, was once an orthodox thinker on the trade issue. He had expected US workers would adjust well to the shock of Chinese imports, finding other jobs for similar wages after a short period of dislocation.

That was largely what happened in the 1980s and 1990s in response to Japanese and European competition.

Instead, he and his co-authors found that trade with China in the 2000s left huge swathes of the US workforce permanently without good jobs — or, in many cases, jobs at all.

This sort of concentrated economic devastation sounds as though it would hurt not just people’s wallets, but the country’s social fabric.

Fast-forward to the last quarter of 2016 and President Trump won the U.S. presidency against Hillary Clinton. His unorthodox ways now challenge how the U.S. does trade with other countries, most especially with that of China and almost everyone is clueless as to what will happen next.

Prior to the 2016 U.S. Election, commentators generally thought that a Trump presidency would be a double-edged sword for the Chinese leadership: on one hand, his brand of crass populism might do severe damage to American soft power, harming traditional American alliances both across the globe and specifically in the Asia-Pacific, and thereby strengthening China’s geopolitical position.  On the other, he might challenge China over trade and international investment, potentially creating serious problems for an already unsteady Chinese economy.  Moreover, his unpredictable and volatile personality might lead to unwanted escalation in the South China Sea, or, even worse, over Taiwan.  Official Chinese media outlets were careful not to take sides prior to the election, but in private, officials seemed wary of the instability that Trump could bring.  Incendiary rhetoric issued by Trump and his senior advisors during the post-election transition heightened tensions and frayed nerves, leading to an enormous amount of hand-wringing in Chinese policy circles.

Even the Chinese government are gearing up for what the next four years of a Trump presidency would mean for them and the trade relations between both countries.

China‘s government has been seeking advice from its think-tanks and policy advisers on how to counter potential trade penalties from U.S. President Donald Trump, getting ready for the worst, even as they hope for business-like negotiations.

The policy advisers believe the Trump administration is most likely to impose higher tariffs on targeted sectors where China has a big surplus with the United States, such as steel and furniture, or on state-owned firms.

China could respond with actions such as finding alternative suppliers of agriculture products or machinery and manufactured goods, while cutting its exports of consumer staples such as mobile phones or laptops, they said.

Other options include imposing tax or other restrictions on big U.S. firms operating in China, or limiting their access to China‘s fast-growing services sector, they added.

With only a few months into his presidency, it is too early to tell how the U.S. and Chinese trade relations will fare over the years. For now, we’ll just wait and see what President Trump’s economic policies will be. He already signed several of them that are being reviewed in Congress and have also set off alarms to some U.S. trade partners but nothing is carved in stone just yet.