By now, almost everyone in the world uses some sort of technology or another except those minor tribes and groups of people who managed to evade progress by living off-grid in far-flung areas devoid of the perks of technology and rapid globalization. But for the rest of us, our daily grind is mainly comprised of a delicate balance of work, family life, and play. Where does technology come in? It is in all of those three, subtly intertwined and makes our world go round. However, would you believe it if you were told you are already using AI technology in your daily life right now? Perhaps no, right? 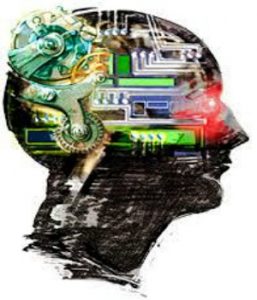 Well, sorry to burst your bubble but the technology is already here even if you aren’t aware you are now using it in your daily life. After all, the very definition of artificial intelligence means any technology that simulates human behavior that is similar to what most commonly sold smartphones and smart gadgets now do. With the help of light sensors, camera, and other sensors resembling the human senses, computers perform a variety of functions that ordinary people normally do. Even a phone’s face recognition feature is already considered an AI technology. We can now also do many of these things with other gadgets and appliances that can be found all over homes and offices in the world.

Although many think artificial intelligence, or AI, is still the stuff of books and film, it’s actually used in a number of products and apps that most of us use multiple times a day.

Dr. Miguel Garcia-Ruiz, a professor of computer science at Algoma University said, “We use practical and effective AI applications every day and we often don’t notice it, from checking the weather forecast on a cellphone to washing clothes in a washing machine.

“Currently, social networks such as Facebook use AI techniques for finding new contacts and people online, not to mention showing ads according to our preferences and Internet usage.”

Like any other technology, AI isn’t a perfect science and there have been flaws that even cost people their lives especially when using vehicles with smart features but it is constantly improved and developed for a better user experience. Certain safeguards must be put in place especially that many humans now rely on these AI-like features on gadgets they use in their day-to-day that can have a big impact on their lives. Even everyone’s favorite social media platform, Facebook, utilizes artificial intelligence today with many users totally unaware of this fact. And we can only expect for bigger things to come in the near future as computer scientists continue to improve the technology and incorporate more of it into our daily lives.

“The bottom line is no matter where you look in the world, people understand and appreciate the value that AI technology is delivering and what it might deliver in the future. As a result, they want it stitched much more deeply into their digital lives. This tells me the killer-robot scenario is fast being relegated to the cutting-room floor and the outlook for AI is good,” Simon Segars, CEO, ARM.

The study found that the number one most appealing application of AI is for diagnosing medical illnesses, traffic controls that alter lights in real-time to cut congestion, as personal companions or assistants and for fully autonomous vehicles.

Further, those surveyed believe that the top three jobs that AI machines can do better than humans included heavy construction, package delivery and piloting public transportation.

Artificial intelligence evolves at a pace many of us can barely keep up with. While there are lots of perks that come with AI use aside from the sheer comfort and convenience offered by complete automation, security issues are the primary concern of users especially when they think of how much control they lose their lives in the hands of robots. By nature, we are afraid of the unknown and this is a major challenge for AI developers to overcome and prove to the world that artificial intelligence isn’t the end of humanity after all despite what is shown on TV shows and in the movies.