It is as if we are not facing enough problems today but the growing threat of dwindling energy resources is something we can’t just put off any longer. Efforts to fund and transition to the use of more environment-friendly power sources should be put into effect right now while we still have a lot of time on our hands. It may be costly and require a lot of work but we should look into these options now before we face a crisis in our midst that we won’t be able to handle. 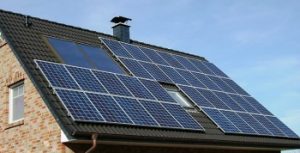 The most logical solution to this energy issue is to tap into renewable energy resources. The funny thing about this somewhat lapse of judgment on our part is that our ancestors have been using them since the beginning of time we all wonder where humanity has gone wrong through the years. The sun, the wind, and the water have fueled ancient civilizations of the distant past but why can’t all of us follow their lead? Man is still to blame.

Britain’s solar industry is facing devastation and consumers could see energy bills rise after the Chancellor Philip Hammond refused to listen to pleas to cancel a planned tax hike of up to 800 per cent on rooftop solar schemes.

The Solar Trade Association described the Government’s refusal to bend over the increase – due to come into force in April – as “nonsensical” and “absurd”.

Mr. Hammond barely mentioned the energy sector in his speech – apart from a promise to help the oil and gas industry “maximise exploitation” of the remaining reserves in the North Sea.

According to the Government’s own figures, solar power is expected to become the cheapest form of electricity generation sometime in the 2020s.

And outrageous laws like this make the transition from fossil fuel to renewable energy like solar power an unpleasant thought for many consumers throughout the globe. It is as if the actual work itself in equipping a home or institution with solar panel isn’t challenging enough. Mind you, solar panels are expensive too and consumers should receive incentives for making such an environment-friendly move to harness solar power instead of getting penalized with hefty tax increases.

Installing solar panels on the roof of your home is a big project – but it can pay dividends in more ways than one. There’s the obvious environmental benefit, but for many homeowners, the joy comes with a dollar sign attached.

If the government does not appreciate your efforts, Mother Nature does. Take advantage of lower prices for these panels now and lower your home’s energy consumption and carbon footprint in the process.

The solar energy market is growing because the average price for solar energy systems has fallen so much – 54{8ac3549fb49be0abeb04696ede088af475fe40f0b5f5fcd57daf076bbc166935} between 2010 and 2016, according to GTM Research. While your solar panels may not produce all the electricity you need, they are becoming a good investment to lower your bill.

No matter how much progress states like California and New York had made in increasing solar energy use, it may take a sharp blow from the government itself with budget cuts in different sectors that President Trump does not consider important.

President Donald Trump’s budget proposal for fiscal year 2018 can be read as a political document, a statement of his administration’s policy priorities. Many of these proposed cuts won’t get passed by Congress, but it’s a look at what Trump values.

And what’s clear is that Trump wants the US government to pull back sharply from any effort to stop global warming, adapt to its impacts — or even study it further. Under the proposal, a wide variety of Obama-era climate programs across multiple agencies would be scaled back or slashed entirely.

That includes eliminating much of the work the Environmental Protection Agency is doing to research climate impacts and limit emissions. It includes scaling back the Department of Energy’s efforts to accelerate low-carbon energy. It includes cuts to NASA’s Earth-monitoring programs. The proposal would also eliminate the Sea Grant program at NOAA, which helps coastal communities adapt to a warmer world. The document dubs this a “lower priority.”

The world is suffering because of man’s neglect. We abuse many of its resources for years now and it is high time we start taking measures to protect and save it from further harm and degradation. Over time, it is us who will suffer once nature unleashes its fury on us as global warming and climate change intensifies the effect of common calamities like drought, hurricanes, flooding and more.

Installing solar roof panels may be insignificant for some because it just augments your household energy needs but its benefits can be enjoyed over time. We have to think of the bigger picture. Let us preserve the planet we now have for the benefit of the future generations.