An individual is a product of their many experiences from youth to adulthood. Things that they encountered in their lifetime affects them big or small and contributes to the person they have become right now. And the written text (even spoken ones) has a lot to do with all your growth over the years as you continuously learn from them over the years and you still do until now. From nursery rhymes and fairy tales to educational texts in university to all those amazing literature you read in between, the author’s words have painted a beautiful picture in your mind and made the world a little brighter, actually. 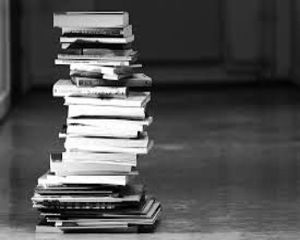 However, there is more to literature than just gaining knowledge and pure entertainment. It has actually helped shaped history and defines the culture and traditions of a certain place or even that of the world at large. It is constantly evolving and defining the current atmosphere and airing out the sentiments of the people, especially that of the writer. Literature is at the very core of human civilization from that of ancient times to the present. Its message is also interpreted differently depending on the generation, while some have lasting messages that transcend generations year after year.

For all the debates that have roiled literature departments over the past 60 years, the history of the discipline itself is a source of surprising consensus. According to the standard narrative, mid-twentieth-century literary studies served a conservative agenda, fostering traditional values and upholding a canon of dead white men. The dominant school of interpretation was New Criticism, whose defining method—close reading—consisted of scrutinizing short passages of literary works detached from their political context. A theory underwrote this method: that literature could be understood apart from politics; that its meaning and power transcended the social conditions within which it was produced. From roughly the 1940s through the early 1960s, this was the prevailing approach. But new schools of interpretation, energized by the anti-establishment political movements of the late 1960s and early 1970s—poststructuralist, feminist, anti-racist, Marxist, postcolonial, new historicist, queer—rejected New Criticism’s conservatism and usurped its central position within literature departments. These new methodologies are committed to the notion that a work of literature should be understood as responsive to its time.

Yes, that is without a question that literature tells us about the state of the time when such a piece has been written. We learn more the struggle of the people and what society is like in the way the story is written and the choice of words used by the author. Sometimes, they aren’t directly mentioned but they are palpable as the story progress or can be read between the lines by the reader. Indeed, words are more powerful than a sword in many ways you can imagine. Literature remains to be a universal tool that speaks to everyone and deeply arouse the feelings of the reader.

In literature, as in protest, the audience’s discomfort is often a sign the message is being received. It can offer an invaluable opportunity to consider, reconsider, debate, teach, learn, reflect, and grow.

Or it can be an excuse to run and hide. In a nation where ignorance masquerades as authenticity, and the ability to think deeply and critically on difficult subjects has been mollycoddled into near oblivion, it is too often the latter. So I have no sympathy for those delicate folks in Biloxi.

“Mockingbird” is a seminal text of the American experience. Yes, it “makes some people uncomfortable.”

Not all literary pieces are a delight to the readers, though. Some, like the Mockingbird, is meant to deliver a powerful yet sort of a taboo message that many don’t usually want to acknowledge at once but they do not always have a choice especially when such a piece captured the hearts and minds of the people. Some finds it disturbing to read about the realities of their time that people seldom talk about in real life but here it is being brought out in the open for everyone to read.

Authors of these works are often persecuted by the public but they make a lasting impression to everyone especially once change has come and they became an instrument in making such changes happen and in enlightening the public on various issues. As we grow old, we begin to realize how important literature has shaped our entire being and that of everybody else and for that we are grateful.