Casinos have been around for years as the wealthy and the elite’s way of destressing and unwinding that often also involves a lot of cash. Ordinary people can’t easily step inside these posh casinos if they don’t have the cash to burn. It’s like an adult playground for adults who can afford to pay the hefty price of admission and of the pricey chips too. Casinos basically exist because of the various games of chance and the lavish hotels, posh shopping centers, lighted fountains, entertaining musical shows, etc. are just additional features that help in attracting people to come and make the gamble of their lives. 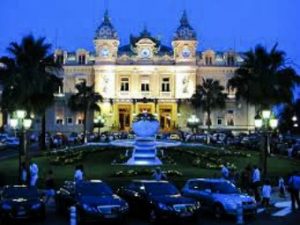 Only a handful of patrons come out rich from casinos. Most people lose a lot of money, even millions, and they would keep on coming back for the chance to win their lost money back. The casino or the house is the only sure-fire winner in every game because of their statistical advantage that is known as “vig” or the rake but it all depends on what game is played and how much the bets are. Big spenders are given comps or free goods or services that can be anywhere from free hotel rooms, show tickets, dinner, limo service, etc. as a reward. The casino façade itself is often mind-blowing with famous replicas of global landmarks that make for picture-perfect locations for people who want to have a good time.

Cyprus signed a deal Monday for the construction of what officials say will be Europe‘s biggest casino.

The small Mediterranean island nation’s government backed proposals from a consortium made up of Hong Kong-based Melco International, the U.S.‘s Hard Rock and local firm CNS Group to build the casino resort in the coastal town of Limassol.

The proposed casino will include 136 gambling tables and 1,200 gambling machines, while the adjoining luxury hotel will have a 500-room capacity, a health spa and 1,500-seat concert hall.

According to Cyprus‘ Energy, Commerce, Industry and Tourism Minister Yiorgos Lakkotrypis, the resort will cost more than 500 million euros ($558 million) to build and will create around 4,000 new jobs during construction. He said another 4,000 jobs will be created once the resort is up and running.

Lakkotrypis predicted that the project will attract around 300,000 additional tourists to the east Mediterranean island annually.

Casinos make big money, bigger than other industries out there. It seems to keep on flourishing despite the fluctuations in the economy and problems faced by many traditional businesses both big and small. And Europe is set to enjoy a bigger gambling playground once the casino resort in Cyprus becomes a reality. It’s the perfect location for any year-round getaway because it is not just a casino but a resort with many other amazing attractions that the entire family can enjoy.

A casino complex is a key part of the current government’s plans to stimulate the island’s recovering eurozone economy with the creation of nearly 4,000 jobs to build it.
And a super casino is expected to add another 300,000 tourists annually, bolstering the already three million-plus arrivals.
“Our goal, of course, is to improve incoming tourism by increasing arrivals, average stays and average per capita spending,” said the minister.
It is estimated revenue of around 100 million euros per annum could fill state coffers from the casino operation.

This new European attraction is a big gamble in itself as the industry faces fewer patrons from the majority of the younger generations (Millennials) while their loyal patrons are all aging and becoming more sickly to come out at night and play. Casino owners are trying to find ways to lure people back to play at the tables and slot machines. The new casino in Cyprus is expected to bring some new energy back into the dying industry and invite more people to give gambling a chance while at the same time having the time of their lives in this big and lavish resort.