While most homes and industries rely on good old electricity for power, a good number of people are taking initiatives to harness the power of renewable power sources (e.g. the sun, the wind, and the water). While most can be used for free, you may need to shell out some money at first to ensure your home can convert these energy sources into usable power. 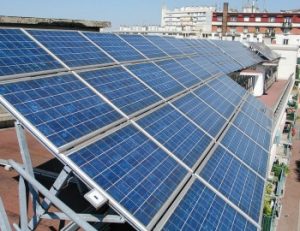 With the continually rising costs of energy and the fear that fossil fuels will eventually run out, it makes perfect sense to tap into other energy sources like the sun to fuel our electrical needs, whether at home or at work. And solar power is the perfect energy alternative for a city like San Diego that enjoys the sunshine all year round.

Whether measured by ZIP code or a simple count of kilowatts of capacity, the growth of residential solar in San Diego County in recent years has been undeniable as it has been exponential.

What remains to be seen is how long the upward trajectory continues.

The experts may have their doubts as to how long this solar power demand will keep on going up, but for now, the numbers look pretty promising.

In numbers going back 18 years, the amount of kilowatts from rooftop solar installations across the county started to spike around 2008 and is projected to reach 171,000 kilowatts of capacity by the end of this year.

The numbers were compiled for the Union-Tribune by Modernize, a company based in Austin, Texas, that connects homeowners to solar contractors. The data points came from the California Distributed Generation Statistics, the public reporting site of the California Solar Initiative.

So far, the chart resembles the early stages of an S Curve, said Anders, who was approached by the Union-Tribune to help interpret the findings.

Sometimes found in the business world, an S Curve can be seen in instances when a company rolls out a new product. A rapid, exponential increase in sales over time sends the chart skyrocketing but eventually it tapers off.

Determining where solar San Diego County is on the S Curve — will it keep going up or is it about to plateau — is hard to tell.

”In San Diego, we have a lot of sunshine and I think it’s reasonable to predict that we’re going to get more solar,” said Anders, who has tracked energy trends in the area for the last 17 years. ”How much, how fast, I can’t tell you that but I do think the curve is going to continue to go up.”

Even schools are now equipped with solar panels for an efficient use of solar energy while educating the country’s youth without harming the environment.

When it comes to the adoption of solar power, K-12 schools across the U.S. are leading the way. While less than one percent of all U.S. homes, businesses, and government agencies rely on solar energy, the 3,700 schools around the country with solar installed represent nearly three percent of the all of K-12 schools in the country. According to the Solar Energy Industries Association, that number could be as high 72,000, representing the amount of schools that could go solar cost-effectively under realistic near-term scenarios.

Solar power is a good fit for schools for a variety of reasons. First among these is that energy bills for schools are a significant financial burden. Schools in the U.S. spend about $6 billion a year on energy. For many school districts, high energy bills exceed the cost of supplies and books and are second only to salaries. On top of rising and volatile energy costs, schools are faced with serving a growing student population, aging buildings and tight operating budgets.

And San Diego is one of the major cities in the U.S. that has spearheaded this solar campaign with much success over the years. More San Diego roofs are now equipped with solar panels to harness the energy from the sun that has been there all along.

Continuing to outfit schools across the nation with solar panels, SunPower Corp. will install solar systems at 24 sites this spring in the Cajon Valley Union School District (CVUSD), according to a press release.

The solar installations in the El Cajon region of San Diego (California) County totaling 4.6 megawatts (MW) will primarily include carports, as well as a few rooftop systems, and should be operational by the end of th year.

“With CVUSD’s solar investment, we continue to enrich both our schools and our communities by generating clean, renewable energy which will help save on electricity costs and improve our local environment,” said Scott Buxbaum, CVUSD assistant superintendent of business services.

If there is any trend we can be proud of, it is the use of this planet’s renewable resources. Our population keeps on growing and we need to look for an energy source that won’t dwindle over the years. It is the type of investment everyone should be investing in because the payback is more than two-folds the investment. In the end, it is also a great way to help the environment and lessen the abuse it has to endure as technology progresses and the human need for energy is growing.