We all think that at this day and age everyone is able to enjoy equal right on almost everything we now enjoy. Yet gender equality still comes to mind although most of you probably think this should not be much of an issue anymore as we can see how women, in general, have managed to rise above the stereotype and show the rest of the world just what they are made of. Getting an education is perhaps the best tool women have that made them globally-competitive in the workplace and many countries support girls and women’s education today yet there are still some places where they consider it such a waste of time and money to educate young girls because they’ll just get married later in life after all. 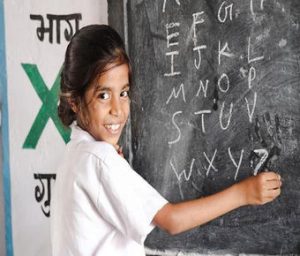 This notion is what prevents these young girls from ever growing and reaching their full potential. This reality is especially true in third-world and impoverished nations where thousands, if not millions of girls, fail to get an education each year and miss out on a lot in life. While poverty is the root cause of the problem, there are other factors that contribute to this intellectual deprivation that all the girls out there deserve as much as boys do.

Around 130 million girls don’t go to school every day. ONE, a global organization that fights extreme poverty, is trying to fix that by finding out where the problem is the worst.

Their new report ranks the 10 worst nations in the world for girls to get an education. Nine of those are in Africa. The other? Afghanistan — a place where the United States has poured massive funds for education since overthrowing the Taliban there in 2001. Yet it’s still the fourth-worst place in the world for girls’ education, according to ONE’s index, which measured rate of attendance, amount of spending on education, and the number of teachers trained, among other factors.

And in a country like Afghanistan that is plagued by war, political instability, and more poverty, girls do not even get a chance to learn the basic because only a very small number of young girls get a chance to attend primary school compared to the opposite sex even if it showed that girls were more consistent with their attendance rather than the boys. The truth is this country actually received lots of financial support from America after the Taliban issue has been resolved and recovery efforts were underway, which left many wondering how these funds are being managed.

“Girls’ education is very low on the list of priorities in India, and rural Rajasthan fares near the bottom,’’ said Daube, who heads an organization known as CITTA, which builds and supports development of schools and hospitals in India.

On an early spring day, Daube, dressed in flowing white, described his vision for a cooperative where 400 girls will study and work alongside their mothers and grandmothers, next to a community center that showcases the intricate hand-sewn rugs, scarves, and saris for which the region is known. Local musicians played while the royal family of Jaisalmer looked out at the barren former Indian heritage site, next to government land Daube hopes to acquire. “A small project can have a global impact,’’ Daube said.

This is not only a reality in countries like India and Afghanistan but in many other nations the world over. If you look at it, it is a really big problem but gradually concerned citizens and organizations are making a difference and making sure things change for the better in affected areas so that girls get the education they deserve like everyone else. All of us have a right to self-actualization but only this can be done if we are able to change the mindset of society and give everyone equal rights to learn and improve their lives on their own.

Young girls deserve better in life and shouldn’t be forced to accept whatever life throws at them because they do not know any better. By becoming literate and educated, they have a chance to uplift their lives and follow their passion in life without always being dependent on other people on most things. Education can beat poverty. That we know for sure. It might be a long shot from now but it is definitely worth taking for a brighter future for everyone, not just the world’s alpha.