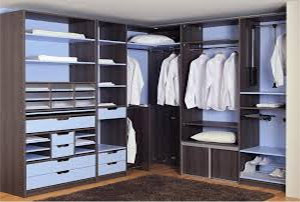 That’s where problems can begin. Even if the turkey, stuffing, and pie are perfect, your relatives might not be! How can you keep your cool when your sister’s bugging you, your uncle is yammering, and Grandma keeps making comments about your hair?

“Holidays can be a very stressful time for families,” admits Jennifer Murray Connell, a social worker and instructor at Yale University in New Haven, Conn. “People want to have that perfect holiday,” Connell explains. “There’s a lot of pressure on families to have that. But at the same time, parents might be tense because of work, travel, or money.” Moreover, at holidays, “kids often don’t have much choice about where they’re going and what they’re doing,” she says. “That’s stressful too.”

Sometimes stress is caused by who’s not at the dinner table. Connell says this is especially true with blended families or after a family member has died. “Right now, with people in the military, there are many families with people who can’t come home,” she notes. “Who’s missing can be a big cause of stress.”

Those who show up can create tension too. Jen, 18, of Illinois, describes how her grandmother gives lectures during holiday celebrations. “She will start telling me what I need to do in school, like join certain clubs. She’ll get mad at me and say I’m unsocial.”

“My little cousin won’t stop asking me to play games,” complains 17-year-old Aleks. As Aleks admits, he usually gives in to his cousin, even though he’d like to spend time with other family members or by himself.

“My dad’s family is rude and inconsiderate,” says 18-year-old Maureen. “They ask questions that are none of their business.” Maureen also describes how one of her in-your-face relatives often finds a reason to take off his shirt and strut around bare-chested at family gatherings.

“My Aunt Lydia is never wrong,” groans 18-year-old Jessica. “She takes control of everybody.” Jessica was particularly horrified on one occasion when her aunt “measured me to show my mom that I was too skinny.”

If some of your relatives bug you, you’re not alone. In general, we tend to socialize best with relatives who are most like us and to clash with those who are most different. “I get along best with my cousin,” says Anthony, 17. “That’s because he is just like me.”

But not everyone in your family is like you. In fact, research suggests there might be biological reasons for this. “In the past 10 years there have been some exciting discoveries by the scientists conducting the human genome project,” writes Leonard Felder in When Difficult Relatives Happen to Good People. These scientists have been tracking links between genes and personality traits. What they’re finding, Felder says, is that “within every family there tends to be a full range of . .. variations on a particular personality trait.” In other words, the same family will have some members who are shy, some who are outgoing, and others who fall in the middle. This holds true for all personality traits.

What can you do to keep your sanity when your relatives are getting a little crazy? Here are some tips that might help.

* Look for the good. Sure, it’s tough! But try to remember that people’s intentions are usually good, even when their behavior isn’t. If you have a bossy relative, remind yourself that he or she is trying to be responsible and organized. A relative who gives you too much advice wants you to do well. “Probably the best piece of advice,” says school psychologist Linda Vaitkus of Salem, Wis., “is to step back and try to see the situation from the other person’s viewpoint.”

* Find ways to include people who can’t be there. “Take the time to remember and say something about people who are missing,” advises Connell. “If there’s somebody [far away] in the military, the family can plan in advance to send something.”

* Remember that honesty is only sometimes the best policy. “It’s not the best policy if it’s hurtful,” cautions Vaitkus, “or if it causes unnecessary conflict.” She suggests walking away from a relative who makes inappropriate comments or simply changing the subject. In the case of troublesome relatives, Vaitkus says, “Ignore [the behavior] and learn from it.”

* If you must confront a relative, be smart about it. Wait until you aren’t angry. Plan what you will say. Avoid using the words “always” and “never,” as in “You never say anything nice about my friends!” Instead, bring up something specific that the person said or did. Explain how it made you feel. “You should probably just let some things go,” says Connell. “But if it’s hurting the core of you, it’s better to say something.”

* Set limits. Let others know in advance what they can expect from you. You can do this, Vaitkus explains, by saying such things as “I can play a game with you, Joey, but for only 45 minutes,” or “Betty, I can go with you to the movies, but only on Friday.”

* Seek help if needed. If you have an ongoing serious conflict with a family member, “there are times when it’s appropriate to go outside the family,” says Connell. “Tell a teacher, a principal, a coach, someone from church.”

It all boils down to this: Your relatives are who they are. Nothing you do is going to make your grouchy grandpa cheerful or your obnoxious brother quiet and thoughtful. But with a little patience and a spoonful of sugar, your holiday can go down without a hitch.