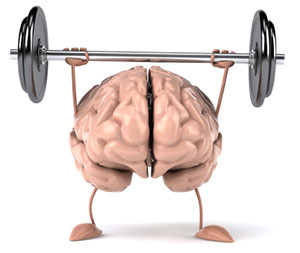 Your driver’s exam. Next week’s history quiz. Those groceries your room told you to pick up at the store. The SAT. Can your memory handle everything that’s on your mind?

Let’s face it: Most of us don’t have perfect memories. We all forget things, whether it’s something harmless, like what you wore to school last Monday, or something more important, like the information you need to pass a test.

Your memory could be practically photographic, or it could be as bad as Drew Barrymore’s in 50 First Dates. And you don’t have to be Supergirl to have good memory. Either way, you probably wouldn’t mind improving your powers of recollection. Fortunately, your brain will let you do just that.

There are several different types of memory. The one that people usually refer to when talking about day-to-day events is what scientists call declarative memory. Declarative memory deals with facts and events, things that a person can consciously “call up.”

Fourteen-year-old Krystal Urness uses this kind of memory on a regular basis. As the manager of her school’s tennis team, Krystal needs to memorize names in order to keep score at matches. Luckily, she’s good at it. “I can get names and faces pretty fast,” says the young student from Eau Claire, Wis.

Her classmate, Lindsay Fedie, 15, has a different memory talent. Lindsay can memorize dance steps easily, a skill that comes in handy when she performs in water-ski shows. “I’m good at learning routines quickly, and I can remember them for a long time,” Lindsay says. This type of memory, known as skill learning, is what people use when they learn to perform activities such as shooting a free throw or playing a scale.

Each type of memory has a temporary part and a permanent part. The temporary part is called immediate memory (or short-term memory). This is information that you might hold on to for just a few seconds or minutes. For example, you’d use it to look up someone’s phone number and recall those digits just long enough to dial them.

Those differences are normal, says Gordon. “They don’t mean that your memory is better or worse than other people’s.” Try to use your particular memory strength to your advantage. For instance, if you’re good at remembering sounds, try to commit a story to memory by “hearing” it in your head.

Five Ways to Train Your Brain

No matter what your memory strength may be, you can improve your total powers of recall. It just takes a few healthful steps.

* Exercise and eat right. Regular workouts and a balanced diet fuel your brain by funneling blood and key nutrients to brain cells.

* Avoid brain drains. Steer clear of drugs, alcohol, and tobacco, all of which can impair brain function. A recent study found that teens who smoke not only have worse memory function than nonsmokers, but they also have more trouble learning and paying attention.

* Get enough sleep. A good night’s rest can do wonders for your memory. Researchers at the University of Chicago have proved that slumber has at least two beneficial effects on learning. A well-rested brain helps you retrieve items from your personal memory bank and helps you consolidate new memories. For example, if you study and then go right to sleep, your brain organizes the memory of what you’ve learned, strengthening it so the information sticks.

* Work that brain! Challenge your brain as often as possible. “Anything you do with your mind helps keep memory limber,” Gordon says, whether it’s doing puzzles, playing computer games, or (sorry!) doing your math homework.

* Don’t cram for exams. Don’t overload your brain with massive amounts of information. “The process of making a memory permanent uses up proteins in the brain, so if you try to do a lot at once, it doesn’t work as well,” Gordon explains. “The best way to do things is in small pieces over a longer period of time.” Instead of cramming, plan ahead and hit the books over the course of a few days. You’ll end up taking less time overall than if you tried to cover everything in one night.